Co-creation Can Create Space for Collaboration that Strengthens Program Design, Partnerships, and Outcomes 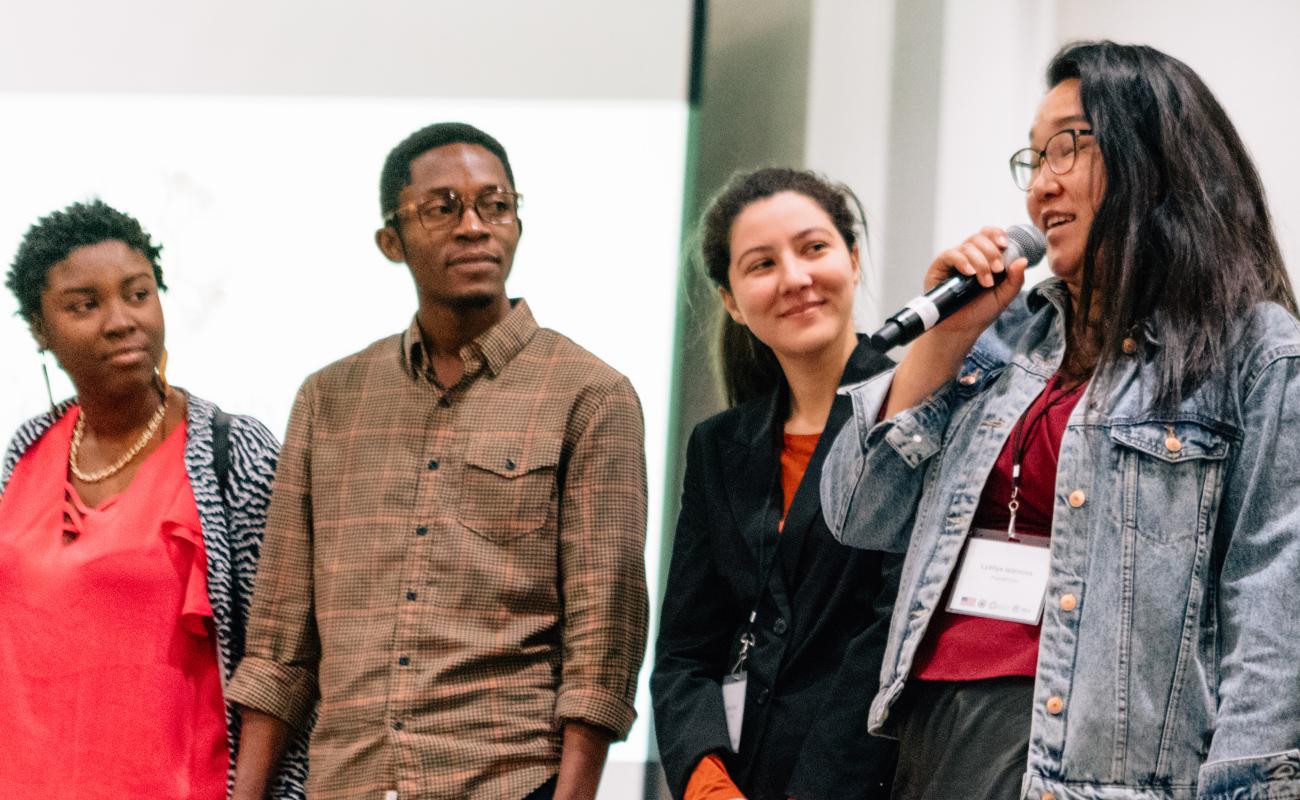 Over the past ten years, since the launch of the Youth in Development Policy, the United States Agency for International Development (USAID) regularly demonstrates its commitment to engage young people as partners in development. USAID uses a Positive Youth Development (PYD) approach, focused on engaging youth, along with their families, communities, and governments, so that youth are empowered to reach their full potential. USAID brought its PYD approach to life during the  co-creation process used for the USAID Youth Power2: Youth Excel Addendum. The co-creation team ensured that local team members – including youth-led organization members – had the opportunity to voice their priorities for the new program design.

The USAID Youth Excel program* brought together ten consortium partners from all over the world, including five youth-led organizations (ABAAD, Afrika Youth Movement, Ashoka Youth Venture, Root Change, Search for Common Ground, The Biz Nation, Tech Tribes, The Youth Café, University of Minnesota, and United Network of Young Peacebuilders), IREX, and USAID. USAID and consortium partners, through meaningful, equitable and inclusive collaboration, co-developed a program design that expands the boundaries for how development is done. In addition, the program was able to leapfrog challenges that often arise during the first year of implementation by using co-creation to align priorities, clarify the program focus and approaches, and generate trust among partnerships.

Due to the COVID-19 pandemic, these sessions were held virtually, and virtual platforms aided inclusive engagement. Virtual sessions were scheduled so that participants from around the world could easily join and participate. In place of in-person post-it-note brainstorm sessions, Padlet, a digital tool, allowed participants to share ideas by responding to prompts. Facilitators read written input from the Padlet or from the chat function in video conferencing tools like Zoom out loud and invited contributors to elaborate on what they wrote. Participants, therefore, had many ways to share their ideas and thoughts with confidence they would be heard and valued. 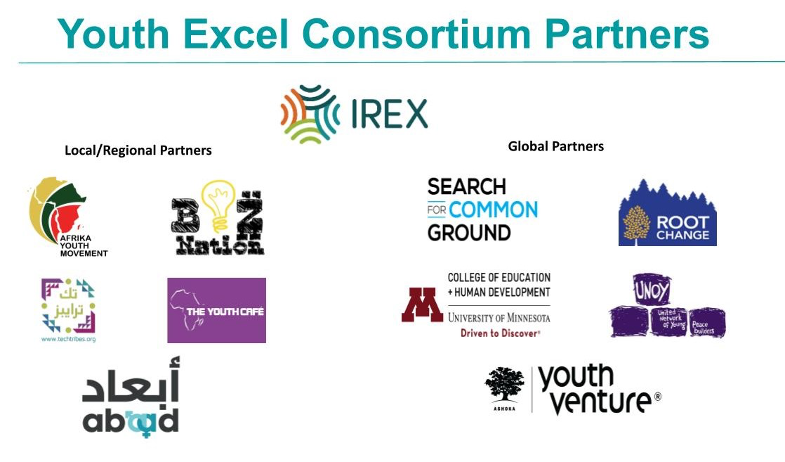 To maximize the co-creation process that results in a strong program design, co-creation facilitators need to make a significant commitment of time and resources, intentionally design sessions for meaningful collaboration, consistently establish and reinforce norms, and use tools that facilitate inclusive, real-time, and asynchronous engagement.

“The co-creation process was designed in such a way that all involved stakeholders were able to share their view points, discuss contentious issues and develop a shared understanding and vision of what the essence of the proposal should be.” -Youth Excel Co-creation Participant

Co-creation allows all parties to “ping-pong” questions back and forth in an iterative way that ultimately tweaks the vision for a program design that both groups have in mind. In the end, this process allowed USAID and partners to bring together ideas. How did it happen? The group dedicated valuable time to develop an aligned understanding about the problem that the proposal was focused on. Carving out time to delve into the problem laid a strong foundation and helpful starting point for all partners, including youth and local partners, to offer their unique expertise and perspectives to strengthen the solution.

In the end, USAID’s final solicitation, or Request for Proposals (RFA), as well as the consortium’s final application emerged from the co-creation process. The RFA incorporated a new objective aimed at addressing youth and adult power differentials. Conversations from co-creation highlighted the importance of power-sharing as a common priority for all stakeholders. The new objective therefore redirected the program into seeking ways to meaningfully address power differentials that will ultimately transform the way development is done. 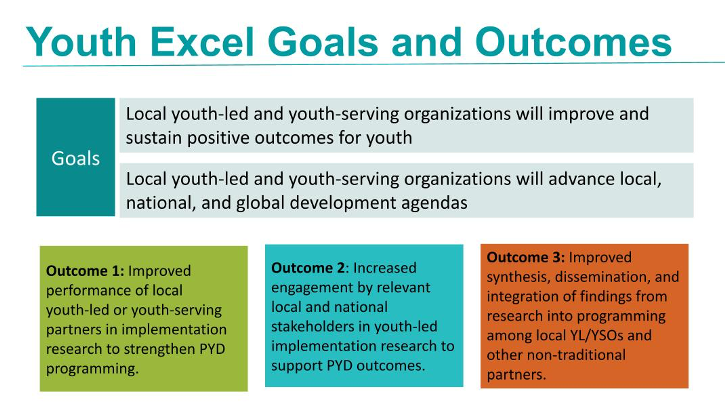 What made it work? USAID facilitators set the norms of engagement intentionally and reinforced them throughout the process. USAID shared the agenda for co-creation sessions with partners in advance, invited feedback, and incorporated changes based on that feedback. Sessions were developed to ensure meaningful and inclusive collaboration with contribution from all participants. The approach was also immensely beneficial for the final RFA, proposal, and program design.

Transparency was key to ensure collaborators became collaborative “teams.” These informal groupings facilitated brainstorming and contributed to creative approaches in response to the real-world problems presented. Virtual tools enabled transparency and ongoing multi-directional communication between co-creation collaborators. This concretely clarified how, where and when participants could contribute – there were often multiple platforms and formats for input. Digital tools were used to make virtual sessions participatory and interactive. Both the donor and partners had centralized ‘information hubs’ where co-creation participants could  access updates and materials for review and input. Google Drive and Keybase, platforms similar to Microsoft Teams and Slack that combine messaging with file sharing – acted as a ‘one-stop-shop’ where participants could get updates, materials, and provide input. All participants, including youth-led organizations, connected and built relationships with collaborators around the world, an intangible benefit that helped support their impact outside of this proposal and program.

USAID facilitators made sure all input provided in real-time or in between sessions was valued and documented. Participants could see their feedback incorporated during sessions, presentations, the final RFA, and proposal submission. This role modelling of the norms of engagement demonstrated USAID’s commitment to being responsive to participant input, leading to strengthened trust and deepening the spirit of collaboration.

“(Co-creation) was a highly individualized, flexible, and responsive process. While the first sessions felt more presentation-based on both sides, rapport developed quickly and later sessions felt much more like true conversations about the best approaches to maximize program impact.” -Youth Excel Co-creation Participant

“I think there was significant progress made in advancing a common vision. The third goal of creating an open forum for local/regional partners to have a voice was the most successful, in my opinion - the tools used during the sessions helped all partners actively participate in the process.” -Youth Excel Co-creation Participant

An important part of setting norms was creating spaces where voices of local and youth participants were central to the process. This made the program design stronger, more responsive to on-the-ground realities, and challenged ingrained power differentials within international development between local and international actors, adult, youth voices, and diverse participants. It was especially important that all parties “walk the walk” of evidence-based methodologies for inclusion, such as Positive Youth Development (PYD) and Gender Equity and Social Inclusion (GESI). This meant ensuring diverse youth and local organizations were authentic co-creators and equal partners.

How did it happen? Session facilitators reinforced the norms for engagement by actively inviting and creating space for contributions from diverse local and youth participants. These facilitators asked themselves, “Whose voice have we not heard from during this session?” Ahead of co-creation sessions, participants were briefed about the agenda and sections where their unique perspectives and local knowledge would be valuable so that they are aware and prepared to contribute. Facilitators reinforced norms through actions and words; celebrating behaviors that supported the norms and reminding participants to be mindful to create space for those who may not have had an opportunity to contribute, particularly when certain voices were dominating the conversation.

At the end of the co-creation process, participants shared that they felt genuinely included. Youth and local actors told us that they felt empowered to contribute and overcome initial nervousness about conversing and collaborating with decision-makers and ‘adult’ participants. Most participants valued how diverse and rich the group was with expertise spanning geographies, age groups, cultures, identities, and technical areas. Collaborators were especially inspired by insights from youth and local contributors.

These results required a significant investment of time and resources into the co-creation process. This investment reaped valuable returns for both the donor and the implementer. It resulted in a shared vision among diverse stakeholders from across USAID and implementing partner organizations who shaped and ultimately owned the vision that emerged from co-creation. Often, this kind of effort to create alignment amongst diverse stakeholders happens during the first year of a program. Relationship building is also a big part of the first program year. For this proposal, co-creation helped leapfrog key hurdles before the program even began.

During the first six months of implementation, both USAID and partners regularly referenced the conversations and decisions made during co-creation. They were often reminded of and inspired by the team building, depth of insight, and diversity of thought gleaned from the process. USAID and partners often go back to the Padlets and presentations to draw insights from collaborators to help inform program implementation and so that the vision of the activity design is at the forefront. Most of the collaboration norms have been carried over into the way they work together within the program implementing consortium. Words from Mike McCabe, USAID Agency Senior Advisor on Youth, capture the spirit of this co-creation process and the collaborative spirit of the Youth Excel Consortium: “The smartest person in the room is the room.” The intentionality put forth by USAID and Youth Excel in the beginning phases will undoubtedly pay dividends in the years to come.

Youth Excel is intent on doing development differently. By integrating local voices and establishing a meaningful, trust-based relationship between donor and implementer, the next generation of practitioners have made their mark. Co-creation is no longer the buzzword of years’ past. USAID, IREX and the consortium team proved that co-creation can be a tangible, concrete way to improve activity design and plan for improved outcomes.

Learn more about how co-creation supported youth programming in Guatemala What We’re Learning in Social and Emotional Learning

This series is intended for Education Officers in USAID partner countries and implementing partners who are designing and managing new activities, evaluations, and/or research efforts. Walking the Talk: Findings and Practices to Embrace in Fostering Youth Ownership of Research & Knowledge Production

The desk review found that youth are becoming increasingly relevant actors in research and knowledge production across sectors. This blog discusses what we’re learning in positive youth development. USAID’s Positive Youth Development Learning Agenda should be used as a guiding source for this evaluation.